When it comes to summer music festivals, the Europeans have always done it a little better than the rest of the world.

Every year between June and September, a world-class festival takes place almost every weekend in countries ranging from Spain and France to Germany, Austria and Hungary – and particularly the UK.

Traditionally, rock and pop music have been the mainstays of most such events, but the rise of electronic dance music has in recent years made that sound the focus of most summer music festivals held across the continent. For much of the past two decades, Spain’s Balearic island of Ibiza has been the summer capital of electronic music events in Europe, but in the past five years it has been usurped by an unlikely contender: Croatia.

there is a sense of adventure and exploration here which is a huge part of the appeal. And the sunshine helps too
EDDIE O’CALLAGHAN, CO-FOUNDER OF THE GARDEN FESTIVAL

The country at the crossroads of central and southeast Europe and the Mediterranean may not be the first place that comes to mind when considering where to go during summer to drink a beer in the sun while listening to a DJ spin dance music. Although it’s been two decades since Croatia won its four-year war of independence against Yugoslavia in 1995, the bloody conflict still looms large in the popular consciousness. But since the war ended, Croatia’s image has slowly been overhauled by travellers who return home raving about its warm Mediterranean climate, its unspoilt 2,000-kilometre coastline and its picturesque towns.

And now, due to the efforts of a group of dedicated event promoters, the country has staked a claim as the summer music festival capital of Europe. More than 15 large-scale music events are taking place in the coming months, starting with the FOR Festival at Hvar from June 19-22 and concluding with the Unknown Festival in Rovinj from September 8-12. While most modern genres are covered – including indie rock and hip hop – it is in the area of electronic music that Croatia has become a force to be reckoned with.

The first such event to put Croatia on the radar was The Garden Festival, which attracted a modest 300 people when it made its debut in the Dalmatian coastal town of Petrčane in 2006. In 2012 there was a change of site to Tisno, a little further down the coast, situated between Zadar and Split. Apart from The Garden Festival (running this year from July 2-9), the new site also hosts four other festivals: Electric Elephant (July 10-14), Soundwave (July 17-21), Suncebeat (July 23-30) and Stop Making Sense (July 31-August 3). 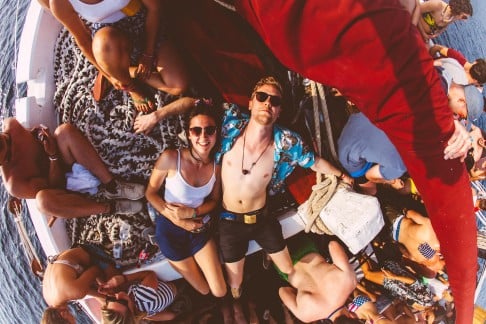 Revellers chill out on a boat trip during The Garden Festival. Photo: Tim ErtlEddie O’Callaghan, a co-founder of The Garden Festival, admits that the natural beauty of Croatia was for many years overshadowed by the conflict. “But now recent generations have had the chance to rediscover its beauty, and are shocked to find such a glorious place so near to everywhere in Europe, and with such a warm and friendly reception,” he says.

“But having said this, many parts of the country still feel quite undiscovered, there is a sense of adventure and exploration here which is a huge part of the appeal. And the sunshine helps too.”

Asked whether the Croatian festivals have benefitted from the widespread perception that Ibiza – with its €20 drinks (HK$210) and club cover charges of up to €200 – has become over-commercialised, O’Callaghan says: “Maybe this has put off some real music lovers, who have now discovered in Croatia something fresher and far more affordable. Also at The Garden Festival, there is still the opportunity to enjoy the crystal clear sea and party in the open air until dawn, which reminds many people of how Ibiza was in the glory days of the late 1980s. This was never our aim, but the comparisons to the early days of Ibiza are flattering, even though Croatia has its own unique identity in terms of its music.”

This unique musical identity O’Callaghan is talking about is one of the main selling points of the Croatian festivals. While other European festivals, particularly those in Ibiza, cater for those with broader and more commercial tastes, the events in Croatia stand out by offering well-curated line-ups to fans of specific genres of electronic music. 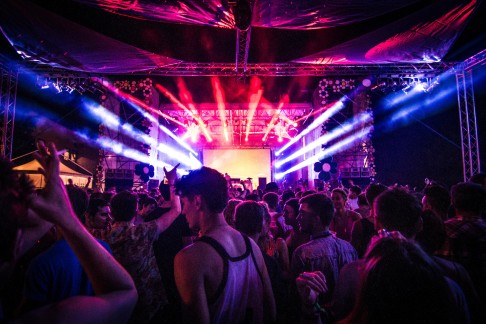 The Garden FestivalThis is particularly true of the Dimensions (August 27-31) and Outlook (September 3-7) festivals, both being held in the picturesque 19th-century Fort Punta Christo in the coastal city of Pula. Dimensions, now in its third year, has quickly earned a reputation as one of the world’s top festivals for underground house and techno music, while Outlook, which was launched in 2008, has won fame worldwide among followers of bass music (including drum’n’bass, grime and dub).

Noah Ball, one of two managing directors for Dimensions and Outlook, says the philosophy behind these two festivals “is to respectfully represent the music from those genres and provide the audience with the best specifications in sound systems possible”.

Asked how Croatia has been able to achieve such success, Ball says: “I think it’s a combination of elements. The weather is almost always amazing, the scenery is stunning, and there are some really dedicated and innovative promoters putting together some brilliant festivals.

“Croatia has a unique charm. It is very laid-back, the coastal region is simply stunning, and there is a sense of it still being a little bit undiscovered. Some of the numerous islands are sparsely inhabited, so you can really escape from it all after a festival if you need to unwind – there are deserted beaches, historic towns and cities.”

With at least two new Croatian festivals announced this year, some are asking whether saturation point is close to being reached, but Ball is adamant that the growth so far appears to be sustainable. 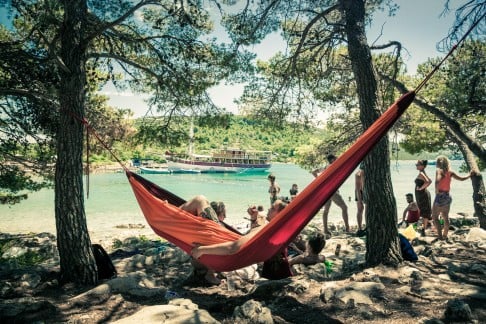 The Garden Festival“I think everyone realises how far and fast the Croatian festival scene has grown, but we are all about development and growth, and essentially continuing to produce some great events with brilliant line-ups that people will want to come to from all over the world.

“In that sense, especially for Dimensions and Outlook, we now have truly global audiences and want to continue this, developing the festivals’ reach further. For Dimensions we have got a worldwide club tour happening in over 50 countries, so the word is spreading far and wide.”

The shift in the electronic music scene’s focus from Ibiza to Croatia was highlighted recently when it was announced that Mark Broadbent, former programmer at seminal Ibiza event We Love, had resurfaced in Croatia as chief promoter for The Garden Festival’s off-site, open-air venue, Barbarella’s.

“I left what for some would have been the dream job of programming one of the best parties in the world due to a lack of enthusiasm in the way things are heading in Ibiza,” he told the dance music blog Skrufff.com “A very different kind of clubber now comes here than 10 years ago, but Ibiza needs this kind of tourist to sustain the growth made during these past 10 years. The face of Ibiza has now changed … and there are now other places to visit if you want to recapture that hippie/free spirit we once loved here so much many moons ago.”

And by the sound of it, one of those places is now Croatia.